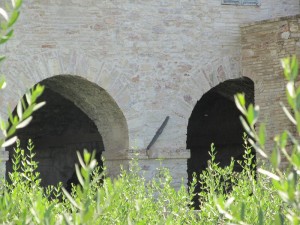 A large part of a terraced wall, made of different sized pink limestone ashlars, corroded by time but still solid, spreads along the route and supports a modern palace located above. Toward the west, on the lower floors of the former Franciscan convent of S. Antonio (today a school), there is an intact cistern and imposing arcades made of concrete and testaceum (perforated bricks), indicating the presence of a building – a domus –  whose dimensions are proportioned to the size of its probable foundation.

Under the street, a long stretch of arcades serving as a viaduct, with water coming from a spring that is still occasionally active, lead to a perfectly preserved well, now inside a restaurant named after this Roman finding. 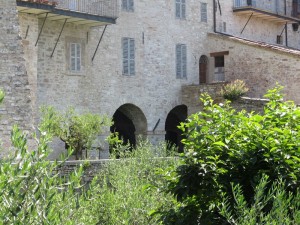